This formula treats the hidden common energies behind the most frightening disorders on earth, the Ebola virus and Necrotizing Fascitis, or “flesh eating bacteria”. Experience the power of the Body’s energy system. With the appropriate meridian stimulation the body can rid itself of these pathogens. Make your body eneretically unattractive to pathogens and they leave. For Ebola tap formula or play the mp3  as soon as fever, throat and muscle pains, etc. appear. The symptoms of necrotizing fasciitis include redness, swelling, and pain in the affected area. Tap once in AM and once in PM, or play the mp3 file three times in the AM and three times in the PM. Repeat for two days in a row. Have the infected person stay within a 5′ of speakers while the tones are playing. Symptoms begin regressing within two days.

Ebola only spreads in bodily fluids, not in the air. Ebola is a virus. It’s a virus that is easy to kill by washing your hands. It’s easy to stop by using gloves and barrier precautions. The issue is not that Ebola is highly infectious. The issue with Ebola is that the stakes are so high: 70% of those who contract Ebola die.

Ebola spreads in fluids such as blood, vomit or diarrhea. And those fluids have to get inside your body through the mouth, eyes or nose, or in a cut or via a needle stick. The virus doesn’t spread in the air and it cannot persist on surfaces like flu viruses can. The reason that there is an Ebola epidemic in West Africa now is because the entire region has primitive health care and poor hygiene.

In contrast to the relatively slow development of symptoms from the Ebola virus, the “flesh eating bacteria”, are bacterial infections that spread quickly. There are a number of bacteria that can cause “flesh eating” symptoms. The majority of infections are caused by organisms that normally live on your skin or that  you come in contact with. Usually flesh eating bacteria infections occur in water related activities. Sources incude working at municipal  waste water treatment plants, exposure to secondary waste water spray irrigation, consuming raw products produced from farm fields fertilized by human sewage sludge or septage, in hospital settings from people with weakened immune systems, sharing/using dirty needles, or swimming in contaminated lakes and streams.

“Flesh eating bacteria” infections progress quickly and always cause tissue loss. This formula should be played three times at the first sign of a rapidly progressing skin wound/infection. Since these bacteria cause tissue lost this formula is best used with the wound healing formula and if necessary the formulas for scaring and scar removal. 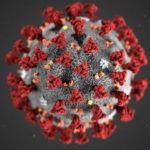 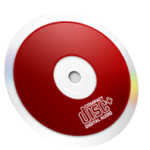